What does it mean to be an entrepreneur in the field of philanthropy?

The best place to turn to understand entrepreneurship is to Austrian economist Joseph Schumpeter. In Capitalism, Socialism, & Democracy, he pointed out that the function of entrepreneurs is to “reform or revolutionize the pattern of production” in a given field or market. In his earlier work, The Theory of Economic Development, he referred to this process in more modest terms by saying that entrepreneurs create “new combinations.” Entrepreneurs change the pattern of production by combining elements in new ways. They are, in this sense, innovators.

Of course, changing patterns of production could be a bad thing if the new patterns are not superior to the old patterns, at least for some markets. Successful entrepreneurs not only change the pattern of production, they improve it. They create value, often for themselves, but also for society. As French economist Jean Baptiste Say put it in A Treatise on Political Economy, when successful, the entrepreneur “shifts economic resources out of an area of lower and into an area of higher productivity and yield.” The new pattern of production that an entrepreneur creates should be superior to the old pattern. Thus, put simply, entrepreneurs implement new and better ways of doing things.

So what does it mean to be an entrepreneur in philanthropy? It means successfully implementing new and better ways of engaging in philanthropy. But what is philanthropy? Many of us associate philanthropy with the giving away of money, with its roots in alms-giving to the poor. However, the literal meaning is much broader. The English term comes from the Greek—meaning simply “love of humankind.” Using this definition, any act or expression of this love could be an instance of philanthropy. Yet given the modern understanding of the term, this definition seems too broad. For purposes of this discussion, I propose using a definition that is broader than giving money, but narrower than any expression of love for humankind. Specifically, I suggest we define philanthropy as mobilizing and deploying private resources, including money, time, social capital, and expertise, to improve the world in which we live.

Thus, we can define philanthropic entrepreneurship as the productive efforts of an individual, team, or organization that reform or revolutionize the patterns by which private resources and relationships are mobilized and deployed to effect social change.

What strategies can philanthropic entrepreneurs use?
This definition makes the process sound rather dramatic, but entrepreneurship, even in Schumpeter’s sense, happens all the time. In The Theory of Economic Development, he identifies five ways in which entrepreneurs create new combinations, thus reforming or revolutionizing the pattern of production. These categories are not meant to be mutually exclusive, and many innovations fall into more than one. However, they can help stimulate our thinking about different opportunities for entrepreneurship in philanthropy.

1. Introducing a new good or quality of a good. Think of the advent of the cell phone or the introduction of the hybrid automobile. Every product or service to which we are now accustomed was once newly introduced by an entrepreneurial individual, team, or organization. In philanthropy, consider the introduction of “program related investments.” Endowed foundations found that some nonprofit organizations were in a position to benefit from low-interest or no-interest loans and, thus, did not need grants. The foundation decided to make these loans out of their investment corpus to serve the foundation’s philanthropic objectives.

2. Utilizing a new method of production or distribution. The assembly line was a major innovation in production that allowed the entrepreneurs embracing it to lower costs and improve productivity. Cable television represented a new method of distribution for broadcast programming and movies. The rise of “venture philanthropy” exemplifies this kind of innovation. Venture philanthropists adopt methods inspired by venture capitalists in assessing potential grant recipients, making large grants over longer periods of time, and working intensely with a smaller number of grantees than do program officers in more traditional foundations.

3. Taking existing products into new markets. Entrepreneurs often move goods into new geographic or demographic markets. This is one of the engines of globalization as entrepreneurs see the success of a product or service in one market and simply create a similar product or service in a market that is not currently served, providing access to a new group of consumers. It also happens when specialized products migrate to more of a mass market. Personal computers, the Internet, and e-mail services have all been brought to mass markets, at least in developed countries. Of course, serving new markets well may require modifying the product or service for the new market. Regardless, bringing any form of philanthropy into a region or country in which it previously did not exist is an example of this kind of philanthropy. For instance, the Bertelsmann Foundation brought community foundations, a well-established form of philanthropy in the United States, to Germany.

4. Drawing on a new source of supply. Entrepreneurs can create value by tapping into new and better (lower cost or higher quality) sources of labor, capital, land, raw materials, or equipment. For instance, a new airline in the United States, Jet Blue, uses a network of housewives working from their homes in Utah to handle all of its telephone reservations business. Several innovations in philanthropy involve tapping into new or underutilized resource pools. For example, the advent of workplace giving campaigns, such as the United Way, allowed smaller community-based nonprofits to tap into a new source of supply for funding, namely the employees of local corporations.

5. Creating a new form of organization or industry structure. Many strategic alliances, partnerships, or licensing agreements foster new organizational forms and industry structures that are beneficial. The advent of franchising, as a vehicle for expansion of retail businesses that allows local ownership but assures consistent quality and a common brand name, would be an example of this kind of innovation in business. In philanthropy, the rise of the large, professionally managed, endowed foundations, such as Ford and Rockefeller, represents a new organizational form that significantly affected the structure of an industry. Similarly, the community foundation is an organizational innovation that was developed in Cleveland, Ohio in 1914 and has had a major impact on the philanthropic industry structure, particularly in the U.S. More recently, the rise of charitable giving funds managed by financial service companies, such as Fidelity, is another example of this kind of entrepreneurship in philanthropy.

Of course, many business and philanthropic entrepreneurs create new combinations that fall into more than one of these categories. Consider Social Venture Partners (SVP), originally developed in Seattle, Washington, operating in some 23 locations as of February 2005. SVP tapped into a new source of supply, increasingly affluent professionals with limited experience in philanthropy. It offered them a new product of sorts, an opportunity to work with other professionals to contribute time, expertise, and money to select local nonprofits while working with other young professionals in the process. SVP developed a distinctive method for assessing and making grants using its “partners” in the process and adopting some of the elements of venture philanthropy. It offered a new product to the grantees that involved access to valuable business expertise as well as money. When viewed as a whole, the SVP model amounts to an organizational innovation similar to the creation of the community foundation.

Entrepreneurship in the field of philanthropy involves finding new and better ways for mobilizing and deploying resources to make the world a better place. As Peter Drucker has argued in Innovation and Entrepreneurship, entrepreneurial innovation can be pursued in a thoughtful, systematic way. Schumpeter’s categories for creating new combinations offer would-be philanthropic entrepreneurs a framework for contemplating a variety of paths for reforming or revolutionizing the pattern of production.

As in any field, it is important to continue to look for innovative solutions, but in the absence of an appropriately aligned form of market discipline, it is particularly important that philanthropic entrepreneurs and their supporters critically and consistently assess these innovations in terms of the new resources attracted, efficiency, and ultimate impact. In closing, I encourage readers to consider the following questions: 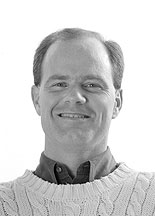 Paul Shoemaker is Director of Social Venture Partners in Seattle www.svpseattle.org
Do you know someone that might want to join SVP? Contact Paul at 206-374-8757.